Dennis is a true legend of the game. He is a two-time World Champion and one of only four men to have won both the BDO and PDC World Championships. For nearly twenty years, he has been one of the most consistent and respected players in world darts, with over thirty titles to his name.

Dennis is the only current player still playing his trade on the professional circuit, to have been inducted into the PDC hall of fame.

When Dennis picked up his first World Championship in 1991, the opposition was the likes of Bristow, Lowe and Wilson.

It is testimony to his determination and astonishing consistency that nearly twenty years on, with many of his old adversaries no longer on the professional circuit, he is still competing at the highest level against players like Wade, Lewis and van Gerwen who are young enough to be his children.
To be the best, you need the best equipment and at Winmau, we are proud to make Dennis’ very own range of darts. Hand-crafted by our team of experts, to Dennis’ own personal specification.

Who better to describe these darts than the man himself :

I am proud to be working with a company like Winmau – a name renowned for quality products throughout the darting world for over sixty years.
I worked very closely at Winmau’s research facility on the darts that I now use.
I’m absolutely delighted with the Menace range of darts we have produced.
These are replicas of the exact darts, stems and flights I use on stage, so are of the absolute highest quality.
I need the very best equipment to keep at the top of the game and with Winmau I get just that – the very best.
I have no doubt that you will find the Menace range of darts a quality hand-crafted product, that will help you be the best player that you can be and in todays competitive world of darts, you cannot leave anything to chance.
To be the best you need the best equipment and with Winmau, you can be assured of getting the very best equipment in the world of darts.
All the very best – Dennis  Priestley 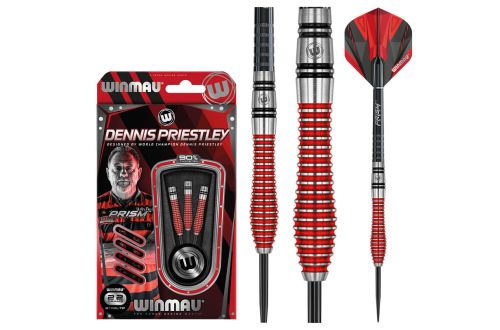 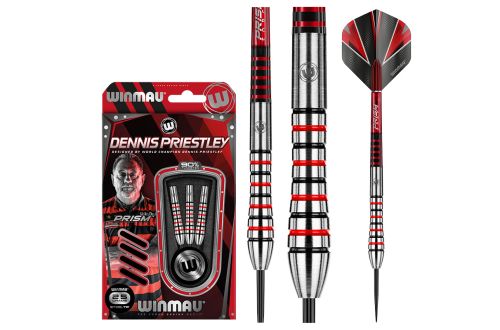 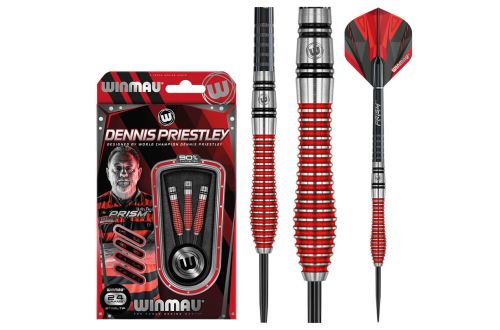